Over the past two months the OnCheckin deployment pipeline has been completely overhauled in preparation for some pretty exciting new features we'll be releasing shortly to make you and your client's holiday season website projects even less stressful - but this hasn't stopped us from also bringing you some upgrades in the interim. Read on more to hear about some of the goodies released this month.

Since we first launched, we've focused on one thing almost exlusively and that's delivering an awesomely simple to use continuous deployment tool. This was delivered primarily by OnCheckin's ability to launch new continuous deployments simply by checking in to your source control to Git, TFS, SVN, Github or Bitbucket accounts.

When you launch a new deployment manually through our deployment portal we historically simply took the latest revision from your source control and deployed it. This was the case whether the previous revision was a broken build of not. There was never anyway but forward. Also this may have been a current known good build, or it may have been from a broken commit that's occurred since your last deployment – leaving you simply wishing you could redeploy a previous "good build".

This month we're happy to release one of the most requested features: the ability to redeploy a specific past source control changeset.

To do this, all you have to do is login to your deployment console, follow the "Results" link next to the project you're wanting to deploy, and then simply click the "Redeploy" button next to the build revision you'd like to redeploy. 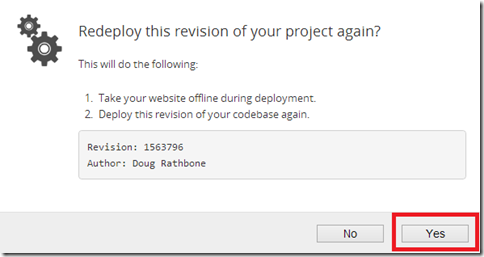 One note on this: this features functionality relies on you using the same source control repository when you deploy again as when you first ran that revision previously.

You'll note that if you want to keep the ability to redeploy old revisions you can't change the source control bindings for your deployment project. If you do, we'll warn you about losing this ability before you can continue. This shows up in your project's source control configuration settings page. 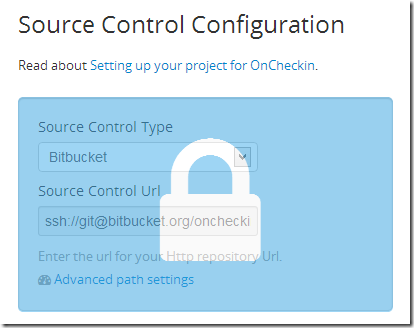 Recently we uncovered a bug in our implementation of Web Deploy that was considerably slowing down the rate at which we could deploy to servers running non-US locale settings.

Thanks to the patient support queries sent in by of one of our Netherlands based users Christiaan Verwijs (thanks Christiaan!) we were able to isolate the issue and push out a fix to our build servers that lowered update based deployment times to non-US locale servers by a factor of more than 75%.

The awesome bonus we uncovered when solving this performance bug is that it appears to have also raised the speed at which we can deploy to all servers globally. Not by such a margin, but still a sonsiderable speed improvement all around.

What started as an investigation into helping Christiaan with his high deployment times ended in a performance gain felt by all!

See our sample deployments to a West European based server. The top two deployments after after the fix was rolled out. 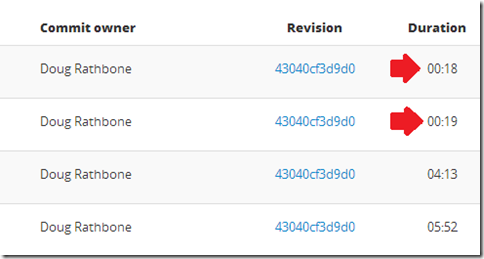 Recently we've begun extending our build nodes into different data centres around the world to make sure our deployment endpoints are as close to your servers as possible, allowing us to deploy as fast as possible.

Over the next few months we'll be rolling out and testing nodes in East USA (We're already here outside of Azure), West USA, West Europe, Singapore. Depending on how the Azure Australia rollout goes we may head down under (to our backyard).

When you setup your deployment project's and test your source control/deployment locations we'll check for an average latency between our build node regions with the aim of running your build and deploys from the data centre closest to the region closed to both.

So upgrade your project's and get deploying!

Often the little things means the most, so as a small added extra we've also added smart links to investigate more information about your deployed changesets from within your deployment results page.

If you're using TFS service, Github or Bitbucket you can now simply click on the changeset used for a deployment to see more on your source control hosts website. More source control provider services are on the way. 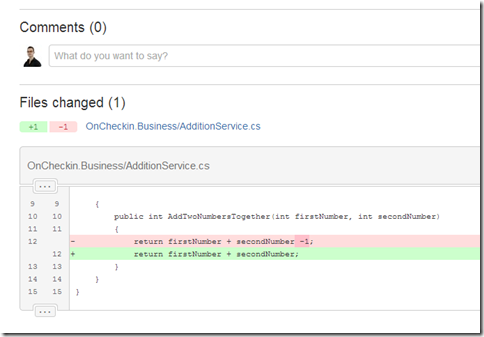 We're really pleased with all of the feedback we've been receiving from all of our new users, and hope that you enjoy the new additions we keep adding to the service.

As always, if you've got something you want us to know about, or you just want to say hi, shoot us through a message and let us know what you're using our service to help build. We'd love to hear from you.